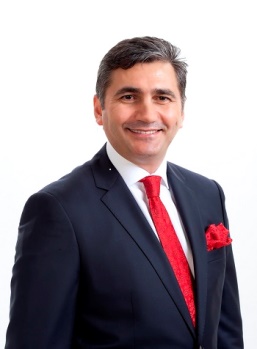 The province of Balikesir has pretty little towns of wide natural beauties. The beaches extending for kilometers on both the Aegean and Marmara coasts, the dazzling waters of deep blue, and rich greenery gently covering the land, attract anyone who would like to have a wonderful time in the midst of wonderful scenery.

Having housed many civilizations in Anatolia throughout its long past, the province is a rich center of historical remains bringing the oldest times of humanity to light. The attractive Yildirim and Zagnos Pasa Mosques in the city center are examples of the monuments of earlier periods besides the interesting clock tower, while the towns nearby also hold ruins from the remote ages, standing in a beautiful natural scenery.

The Gulf of Edremit, lying on the Aegean, is one of these lovely sites, with a broad choice of beaches and seaside resorts overlooking the clear sea. Edremit and Altinoluk (which is an oxygen heaven, ranks second in the world for a high oxygen density) are the towns that stud this wonderful area, together with Oren, where green pine forests meet the sandy shores of fine holiday resorts. In one part of this beautiful village you may see Roman and Byzantine ruins, while in the other you can find the most fresh and delicious seafood and typical dishes of the district, offered by good restaurants.

Called as "Olive Riviera", Ayvalik is reached by following the olive groves. This town is also a picturesque spot with its fine beaches facing a collection of 25 small lovely islands. An attraction in the town is the Taksiyarkis Church. Its great architecture and marble carvings are worth seeing. Nearby is the "Seytan Sofrasi" (the Devil's Banquet) which offers one of the most perfect panoramic sunsets in the world. The site also affords a marvelous view of the Sarmisakli peninsula, famous for its beaches, and the little island of Cunda (Alibey).

Gonen, 30 kilometers from Bandirma, is another excellent relaxation center, possessing therapeutic thermal springs. The health and cure establishments here, have been used by people suffering from various illnesses since the earliest times.

Located at the foot of Kazdagi, is Akcay, another popular spa-center with its spring waters that effect cures. Besides the health-related opportunities, this town offers a beautiful natural scenery, fitting its legendary fame. According to mythology, the world's first beauty contest was held here, on Mount Ida, and Aphrodite was chosen the queen from the three beautiful goddesses. This was considered as the starting point of everything in Trojan War.

Lying off the coast from this province are the pretty islands, Marmara and Avsa. Famed for their wine and fish, these sites offer wonderful shorelines. Marmara island is full of historical treasures which increase its attractiveness. Here is the "Mermer Plaj" (Marble Beach) which takes its name from the marbles for which the town is famous.

Erdek, on the coast of Marmara Sea, is a nice tourist center, situated on the beautiful Kapidag peninsula. Olive trees, vineyards and fruit gardens are features of this land which is surrounded by the clearest waters of the region. The Hadrian's Temple at Kyzikos is here, alongside many other historical remains that adorn the area.

Of particular interest is the Manyas National Park near Bandirma which is the "Bird Paradise", sheltering 239 species of birds. It is a restful and lovely place for bird watchers, just as the whole city is for nature-lovers.
This year, our 4th International Thermal and Health Tourism summit will be held on 25-29 September 2019 in the Balıkesi province with the participation of 250 press members from 55 countries and 55 press and media members, as well as 250 TÜRSAB member travel agencies from 81 provinces.

I encourage all our Thermal and Health Tourism stakeholders to participate in a very important opportunity to promote thermal and health services to local and foreign Hosted Buyers and partners. Looking forward to see you at our summit soon.

With my warm regards and respect,